The Hepatitis C Trust is the UKs national charity for hepatitis C. The charity's mission is to reverse the rapidly increasing death toll caused by hepatitis C in the UK. 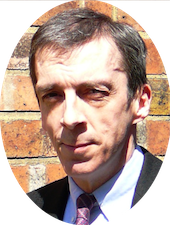 Charles was diagnosed with hepatitis C in 1995, cirrhosis in 1998 and in 2000 he set up The Hepatitis C Trust along with 3 friends who also had hepatitis C. He has worked extensively with UK Government Departments and the NHS, championing the patient perspective. In 2011 Charles became one of the three founding trustees of the Caxton Foundation, a charity set up to administer discretionary payments to those infected with hepatitis C through the NHS. Charles works closely with a number of international organisations with interests in hepatitis, most notably the World Health Organisation, and has served as President for the European Liver Patients Association (2004-2006) and the World Hepatitis Alliance (2007-present).